Stephanus Jesaias Ter Blans, the eldest son of Heemraad Pieter Ter Blans (Terblanche) of the Reeboksfontein farm near Little Brak River, was the first recorded colonist farmer to settle on the Knysna Estuary, in 1770. The loan farm was registered as de Melkhoute Craal (Melhoutkraal) and was located on the east bank of the Knysna River. The farm stretched from the Indian Ocean to today’s Long Street in the town of Knysna. Stephanus Ter Blans died in 1794 after having had the loan rights for over twenty years. His widow, Hester Marx, remained on the farm and ran it with the help of her children, subsequently marrying Johann von Lindenbaum in 1798.

In 1801 Lindenbaum sold the farm to Richard Holiday, who died the following year.

By 1780, another settler, Hendrik Barnard, was farming on the farm Uitzigt, better known today as Belvidere and Brenton.

The massacre of colonist farmers, on 15 October 1802, at a place known as De Poort, near the Garden of Eden in Harkerville, was a setback for settlement in the Knysna area.

By 1804 peace had returned and the scene was now set for a new wave of occupation, when George Rex settled in Knysna. George Rex had served in the British Admiralty Court at the Cape, where he had practised as a lawyer. He bought the loan farm Melkhoutkraal from the deceased estate of Richard Holiday.

George Rex then extended his landholdings by obtaining the loan rights to the farm Welbedagt (Welbedacht), which he renamed Eastford, in 1816, situated between Long Street in Knysna and east of the Knysna River.

He later ceded 80 acres (40 morgen) of Eastford to the Cape Colonial Government on which, in 1825, the British Royal Navy laid out the naval township of Melville, so named after Viscount Melville, the 1st Lord of the Admiralty. George Rex eventually owned all the farms encircling the Knysna Estuary, and beyond, viz.

The next major player to settle in Knysna was Captain Thomas Henry Duthie, late of the 72 Highlanders, who married Caroline Rex and, in 1834, bought the farm Uitzigt from his father-in-law George Rex, which had been re-named Belvidere by Rex, located on the west side of the Knysna Estuary. Here, in 1848, Duthie built a stone farmhouse and raised a family. He was also the driving force behind the building of the little Norman style sandstone church at Belvidere, the Holy Trinity Church, which was consecrated in 1855.

The original Duthie home is today the focal point of the Belvidere Manor Hotel.

George Rex died in 1839 and in accordance with the terms of his will his properties were put up for sale. By 1840 Thomas Henry Duthie had bought further farms, namely Zandkraal and Portland, out of the George Rex Estate.

In 1842 the Englishman Henry Barrington, 12th son of George, the 5th Viscount Barrington, arrived in the Cape and came to Knysna. Here he purchased the Portland farm from Thomas Henry Duthie and built a stone farmhouse, styled on the manor houses of England, which was, unfortunately, completely destroyed by the Great Forest Fire of 1869.

As was the case with Thomas Duthie, Barrington also imported skilled labour from England to help in the running of the farm and the building works.

Selling the Melhoutkraal farm turned out to be a lengthy affair.

The Rex family resolved to retain the southern portion of the original Melkhoutkraal farm known today as Hunter’s Home and Woodbourne (which includes New Place/ Rexford), with some of the Rex family members pooling their inheritance and with financial assistance from Thomas Duthie bought this portion out of George Rex’s estate.

In 1844 Lt. Col. John Sutherland, an officer of the British Indian Army bought the northern section of Melkhoutkraal, out of the George Rex Estate, during a visit to Knysna on furlough from India to the Cape. He died two years later but his eldest son, also a John, proceeded with the establishment of the village of Newhaven on this property, which was surveyed by William Hopley and laid down in 1845.

John Sutherland then offered the surveyed lots for sale.

By 1848 the population of, what was to become the village of Knysna, excluding the families of the gentleman farmers, viz. Rex, Duthie and Barrington, and their retainers, consisted of a tiny (white) population of only 10 adults and 5 children! 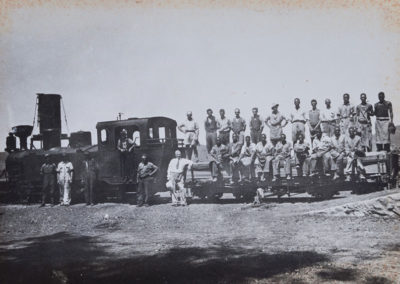 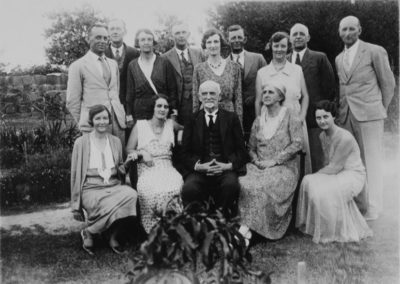 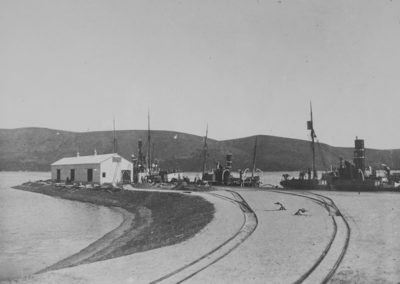 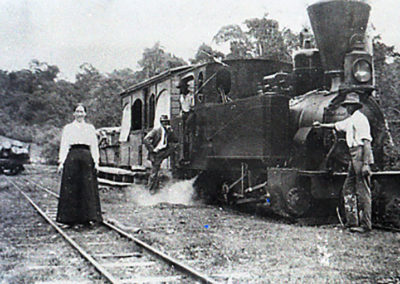 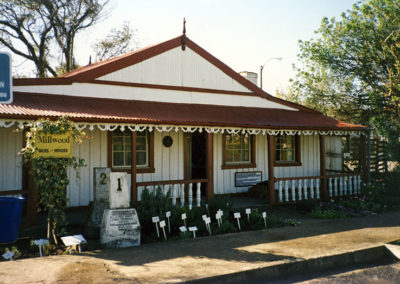 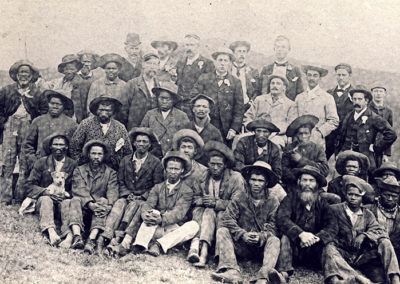 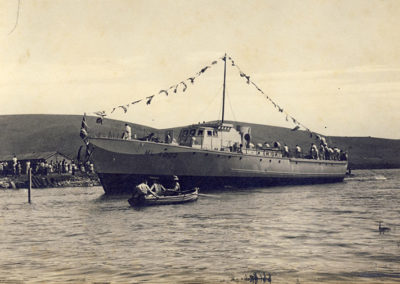 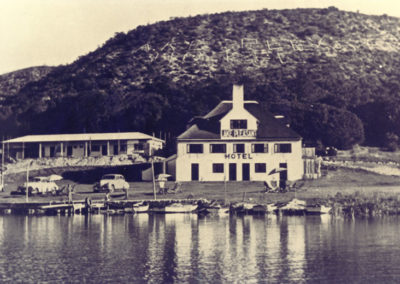 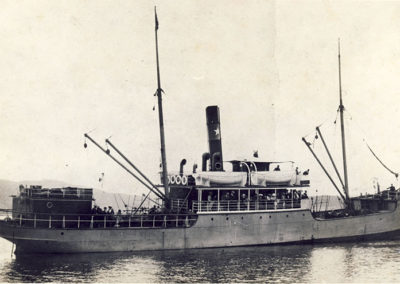 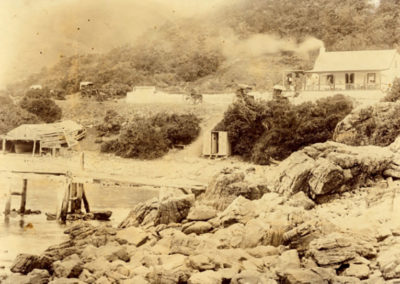 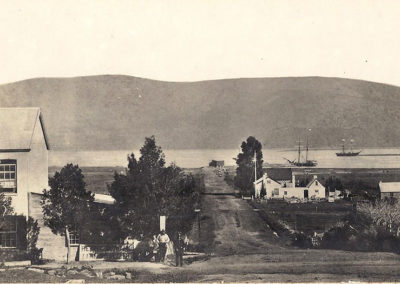 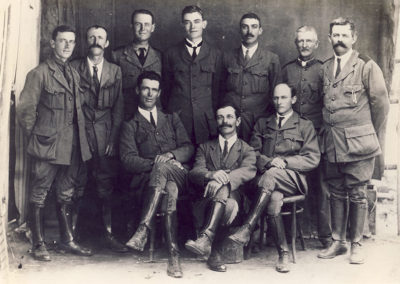 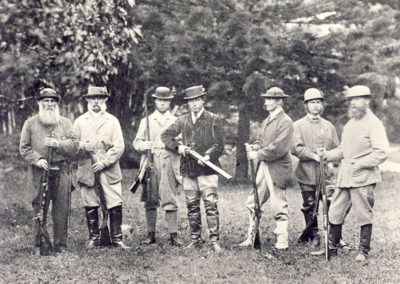 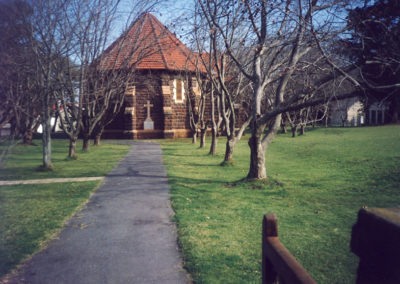 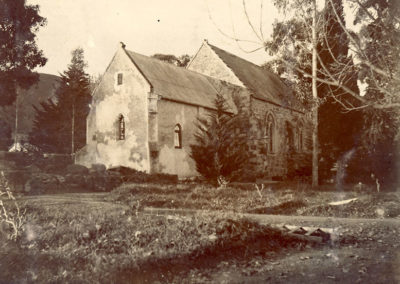 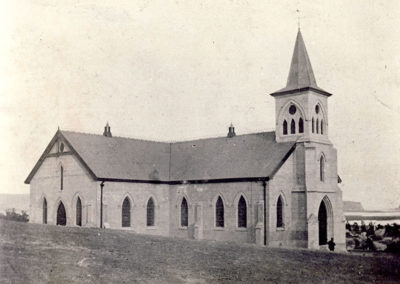 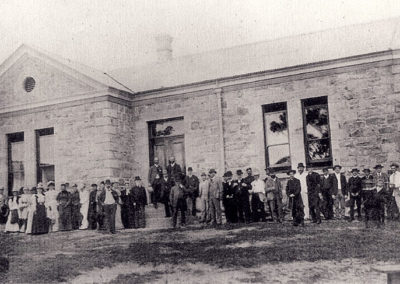 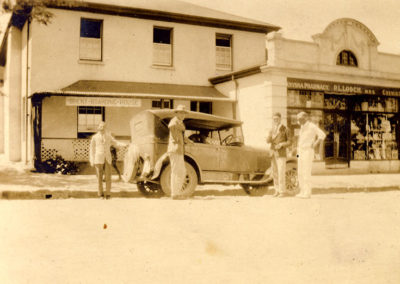 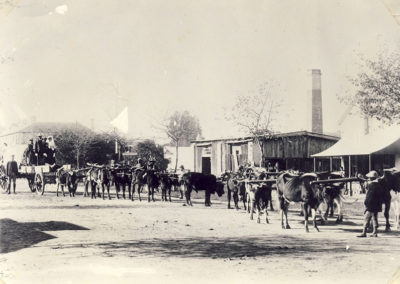 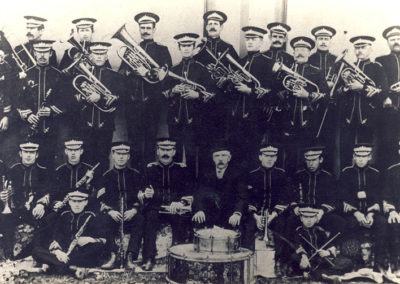 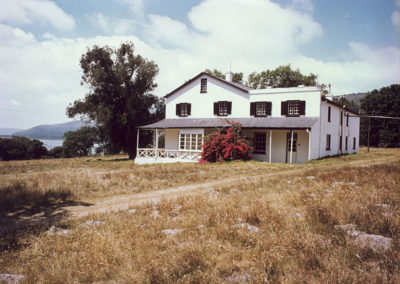 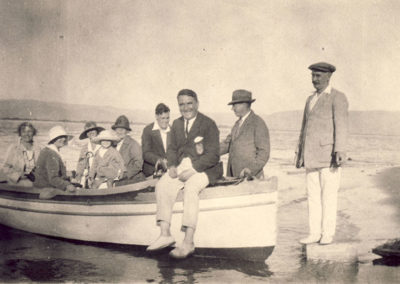 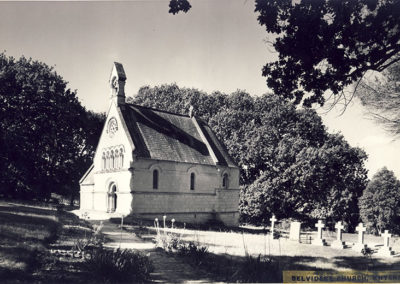 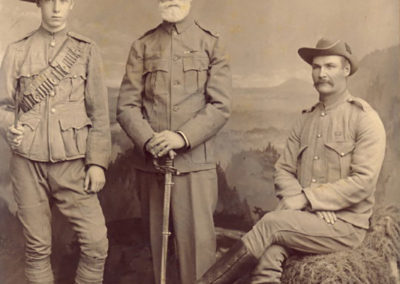 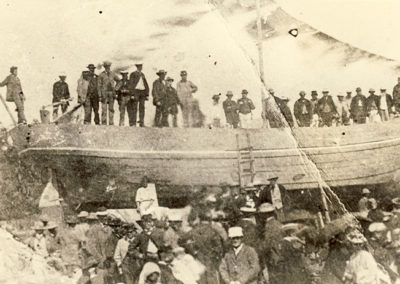 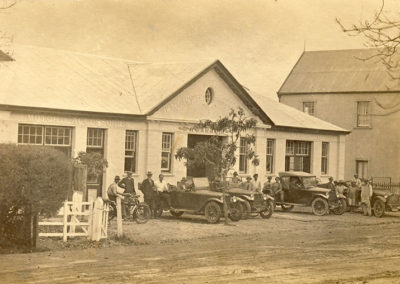